Kucera wins Wednesday’s race, but Pollak still in the lead

Kucera wins Wednesday’s race, but Pollak still in the lead

One race could be held on Wednesday at the Raceboard World Championships in Balatonföldvár, but in strong winds, which helped Petr Kucera of the Czech Republic starting from fourth place. However, in the overall standing Patrik Pollak of Slovakia is still in the lead.

On Tuesday the wind spoiled the surfers in Balatonföldvár, as four races were held, but on Wednesday the competitors first had to wait on the beach and then on the water. Although they could start a race in the early afternoon, suddenly the wind stopped completely, so the race was shut down. An hour and a half later, fortunately even before the storm broke, the wind picked up almost out of nowhere and the organisers ordered a new start. The Czech Petr Kucera claimed victory by taking advantage of the strong wind.

“It was a good race, I like racing in these conditions and luckily, I chose the right direction, so everything worked out perfectly” Kucera said smiling. “I managed to get into the top three overall and there are still a few days to go…”

Second place went to Patrik Pollak of Slovakia, who is still leading the overall standings thanks to this result and the three race wins he had on Day 1. “We weren’t in front at the start, we were just looking at each other with the rivals, but later we managed to get to the top with Louis (Morris) and Petr (Kucera),” said Pollak. “The race was a bit hectic, because everything happened so fast, but overall, I enjoyed it.”

The British Louis Morris was also very happy with his own consistent performance. “We were just waiting and waiting on the water, it felt like the wind would never come, but then it arrived, and surprisingly, it was very strong. I got a bit stuck at the start, lost two positions, but finally, I could finish in third place, which showed that I performed very consistently over the two days.”

The best Hungarian was again Bence Sánta (finished in 18th place), although he made a slight tactical mistake.

“I was sorry that the first race was cancelled, because I was in a pretty good position, but that’s part of the sport, I wasn’t too disappointed about it,” said Sánta, who will drop this 18th place on Wednesday and is still eighth overall. “I had a good start in the real race later, but unfortunately I made some bad decisions afterwards, so there is a lot to improve in the upcoming days.”

In the U23 category, Matej Stefaniciak has taken the lead, while Bálint Morvai is still in third place. Former world champion Jana Slívová not only leads the women’s classification, but still keeps up with the men (15th overall), while former Olympian Luca Gádorfalvi is in third place. 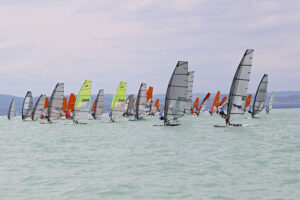 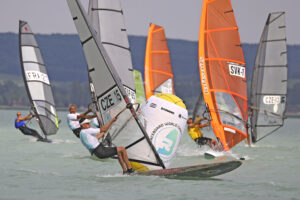 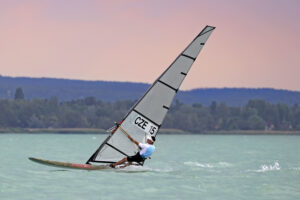 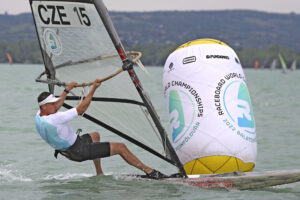 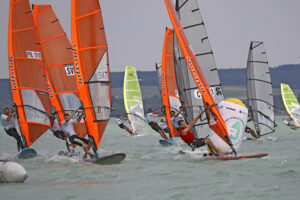